Trà Thọ high school is located in Tây Trà district, Quảng Ngãi province, about 100 km from the Quảng Ngãi town centre. Many students of the school live in isolated, mountainous villages which are tens of kilometres away from the school. The routes to school, if not walking tracks crossing secluded, steep woody hills and deep, perilous streams, are country roads in very bad repair, often ravaged or blocked off by erosion and landslides during wet seasons. Many children have to walk many hours to and back from school every day.

Of the 130 students of the school, more than half live so far away that during school weekdays they stay back at the school and then go home during the weekends. The school does not have enough classrooms let alone proper accommodation for the children. Whatever facilities the school has, they are very basic and in poor condition. Therefore the places that these children stay in are just temporary makeshift shelters built on the school ground by their parents. 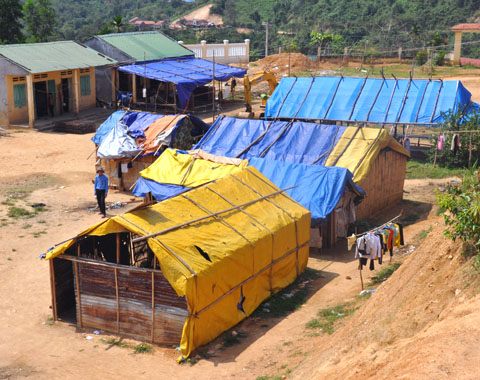 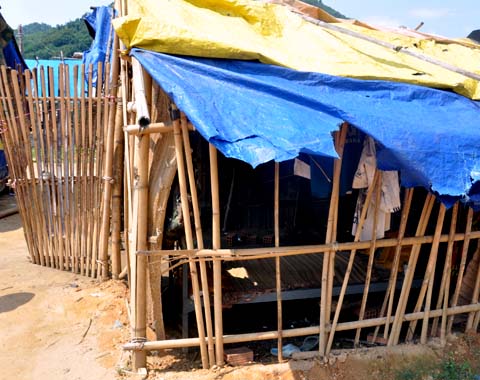 Many children have to live many years in these cramped, ramshackle conditions, boys and girls in the same village together in the same shelter; their beds are also their desks, places of study and storages for clothing. Because the roofs do not provide proper cover from the elements, on raining nights, the children have to take refuge in their classrooms to avoid getting wet. 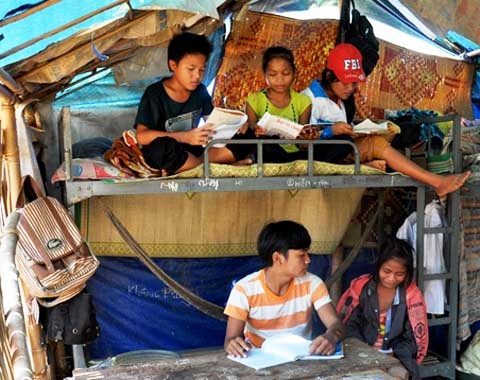 In addition to this appalling living condition, the children also have very limited and non-nutritious food provisions. Their diet consists mainly of rice, salt and bush vegetables. They have to cook their own meals after lessons. Very often they have to forage for firewood and extra food in the nearby woodlands. 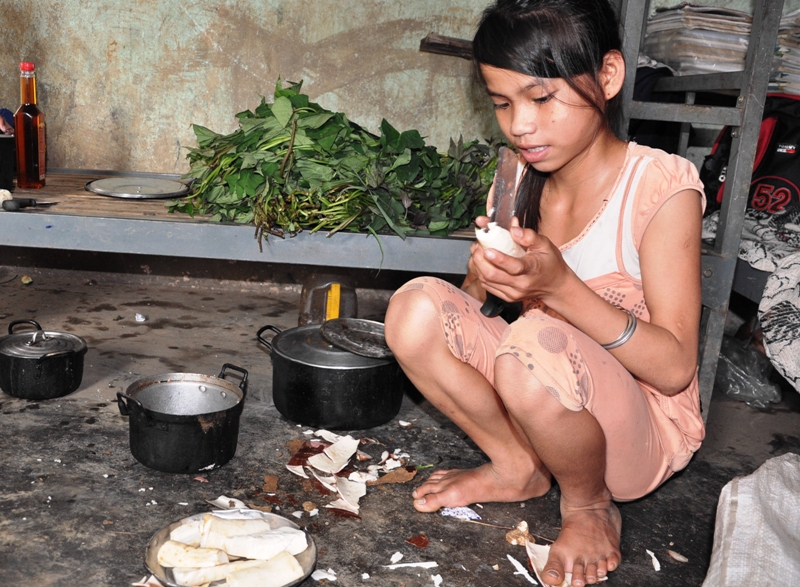 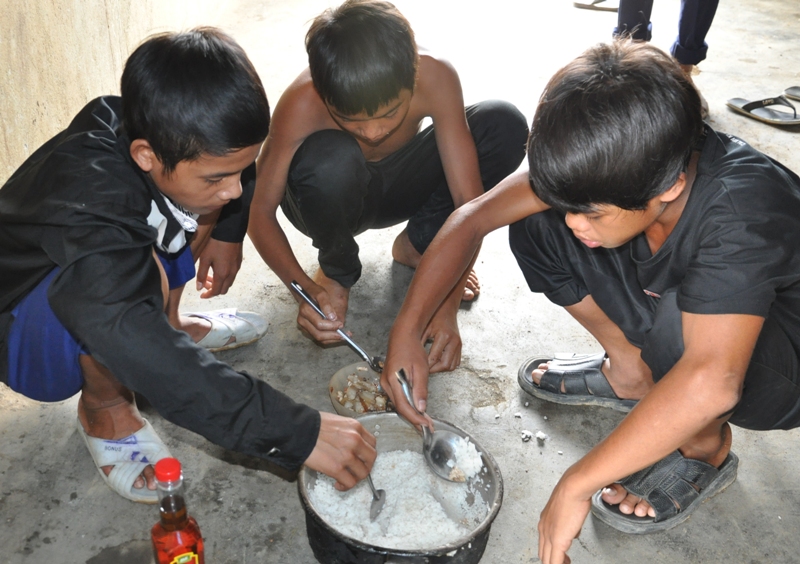 One of the local charity groups, Hành Trình Yêu Thương, has been helping these children to improve their livelihood by supplying them with supplementary dried food, young chicks to raise for eggs and meat as well as plant seeds for a vegetable garden.

In November 2013 the Foundation contributed $400 to the Hành Trình Yêu Thương’s program to acquire 100 chicks, seeds and fertiliser for the children’s chicken farm and vegetable garden. The chicks have become full grown chicken and are producing eggs. Thanks to these eggs and chicken meat the children’s diet has become somewhat more tolerable. By looking after their chicken and vegetable, the children now have also opportunities to learn new and useful skills. 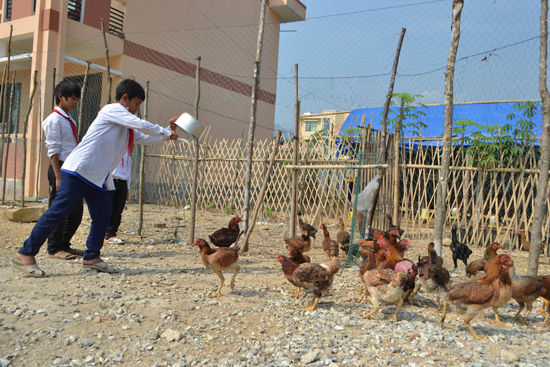 To read and see more photos about the living condition of these children:

* Except for the photo showing the road condition which was supplied by the Hành Trình Yêu Thương group, other photos are taken from the articles cited above