Paris 1900 welcomed the dawn of the new century with people from all over the world coming to the Paris World Exposition to showcase their cultural heritages, achievements and aspirations. Universally presented in the Art Nouveau style, the Exposition saw the introduction of many inventions including diesel engines, talking films, sound recording and many more.

A unique showcase from Indochina that attracted much attention from French journalists and art lovers was the combination of Vietnamese Tài tử music and Cambodian dance, which was performed by a group of Vietnamese traditional musicians with the renowned French ballerina Cleo de Merode and other Italian dancers. A part of the music at that performance was notated as Danse de l’Indo-chine (Indochina Dance) by Julien Tiersot, a prominent French musicologist. To date, his 114 years old manuscript is the first known Western notation of Vietnamese Tài tử music, which, on 5 December 2013, was recognised by UNESCO as an Intangible Cultural Heritage of Humankind.

The presentation was then followed by musicians Fiona Đàm and Hannah Đinh who, with their Đàn Tranh (16-stringed Zither) and Đàn Bầu (Monochord), beautifully showcased some Vietnamese traditional music pieces.

Their captivating performance culminated with a piece of the Indochina Dance music that was notated by Julian Tiersot in 1900. Dancer and choreographer Geraldine Balcazar meanwhile mesmerised the audience with her own interpretation of the Cambodian dances which were danced by Cleo de Merode at the Paris 1900 World Exposition.

The music program was topped off with a marvelous rendition by artist Ngọc Hà of Dạ Cổ Hoài Lang, the first piece of Vọng Cổ music, written by the Vọng Cổ composer Cao văn Lầu in around 1919.

The cultural connection between Vietnam and France in 1900 has so fascinated Huy Moeller, a Vietnamese-Danish film director that he came here from Amsterdam for the event, and announced the formation of the Indochina Theatre Project, which will produce a feature film inspired by Cleo de Merode’s dances with Vietnamese Tài Tử musicians. 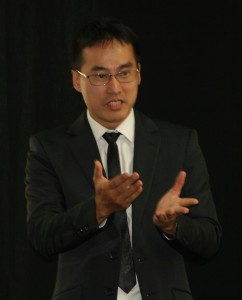 and Prof Aeron Corn, President of the Musicological Society of Australia.

Many copies of the book “Hát bội, đờn ca tài tử và cải lương cuối thế kỷ 19 đầu thế kỷ 20” were also sold. All the sales proceeds were donated by the authors to the Vietnam Foundation.

Extracts of the items presented at this event can be seen on YouTube at http://www.youtube.com/watch?v=O6EySdpUpr4, courtesy of Redeeming Features, which filmed the entire event proceeding.