Tam Nông is a district of Đồng Tháp province, part of the once very vast area called Đồng Tháp Mười (Plain of Reeds). The area is subject to annual flooding which lasts from 3 to 4 months. Sometimes the flood water reaches more than 3m high in some locations.

Cultivated lands are therefore only productive for about half of the year. Local population has to expend vast amounts of resources toward flood prevention and post-flood restoration. Consequently, no matter how hard the local population work, they remain the poorest of the poor.

The Tam Nông Hospital is an old hospital built in the early 80s, originally intended for 20 beds.

Due to the huge demand for service from the local population, the hospital was subsequently modified and enlarged to accommodate 50 beds. It was still not large enough.

Everyday more than 70 patients are crowded into that small hospital. Many of these patients come from far-away isolated villages, arriving at the hospital on small rowing boats (xuồng)

Family members of the patients therefore stay at the hospital to look after their sick relatives.

Since there is not enough room in the hospital even for patients, these carers have nowhere to stay but most of the time in the open air. They are thus constantly subjected to all the ravages of the sun, rain, mosquitoes etc. Consequently 20% of these carers get sick themselves and become extra burdens for the hospital. 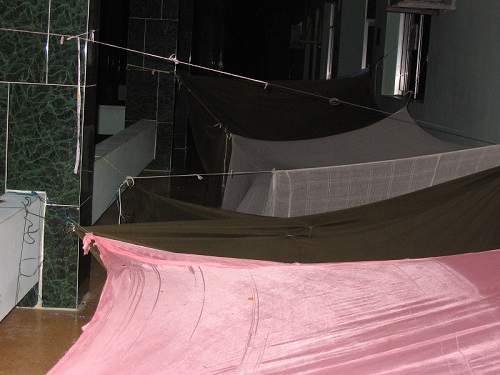 Many carers spend their nights on the floor, along the corridors of the hospital

To provide these carers with a place to rest while staying at the hospital to look after their sick relatives, the Foundation helped construct a 64-bed rest house.

The rest house under construction, at a site near the river bank

The rest house consisted of four 8x8m rooms and an attached toilet block. The building was built on reclaimed land on a riverbank, with brick walls, tiled floors, metal roofs and a total floor area of about 380 m2.

The Foundation engaged an independent architecture company to design the building and its voluntary engineering supporters in Vietnam to help supervise the construction.

The completed rest house on the opening day 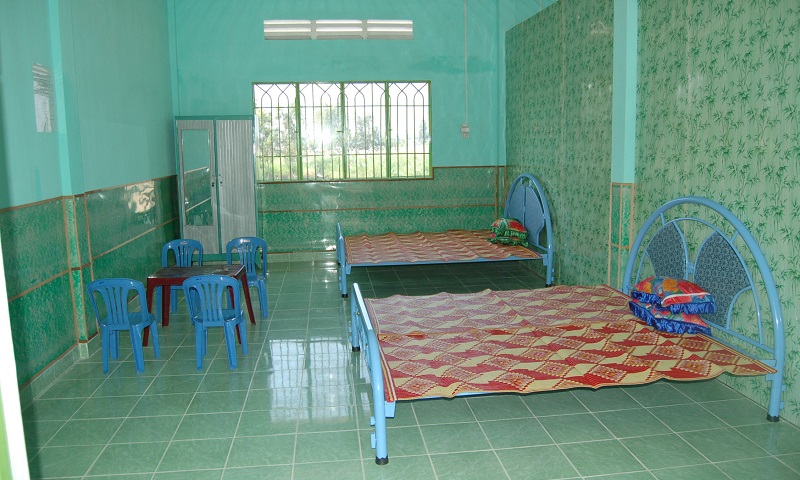 A typical bedroom in the rest house 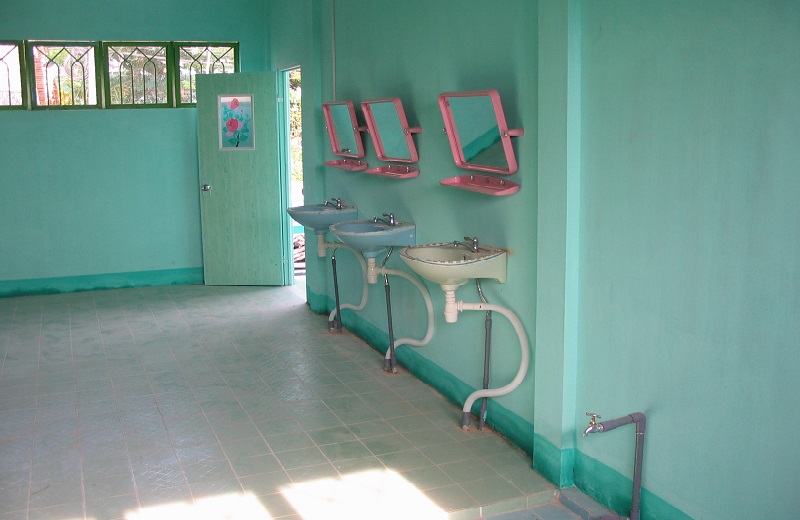 Inside the toilet block

The total cost of the building construction was VND 388 Million (approximately AUD 32000).

This was contributed by the Foundation and many of its members and supporters. The major supporter with an AUD 5000 contribution was Pathfinder Solutions Pty Ltd, an Australian marketing consultancy based in Melbourne.

The local population contributed the lights and other fittings as well as beds and furniture inside the building.

The building construction started in Sept 2006 and completed in Dec 2006. 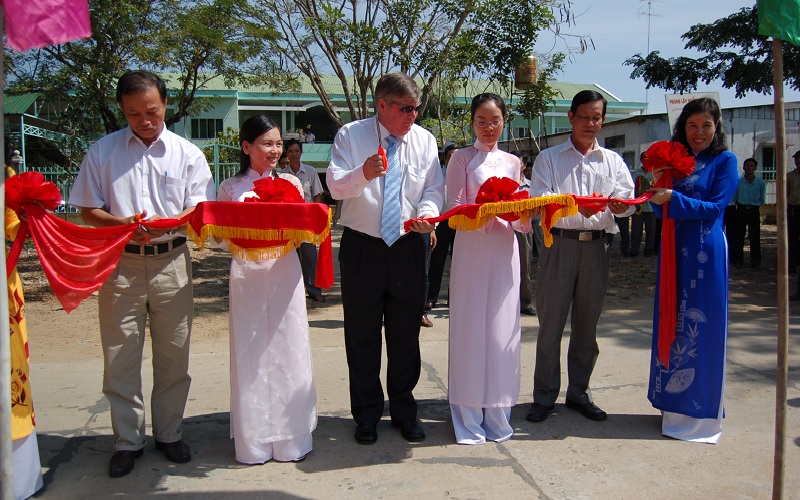 Dr Nguyễn Thiện Tống, Mr Mal Kelly (the Australian Consul General in HCMC) and
the Director of the hospital cut ribbon to open the rest house

Mr Mal Kelly at the entrance of the rest house 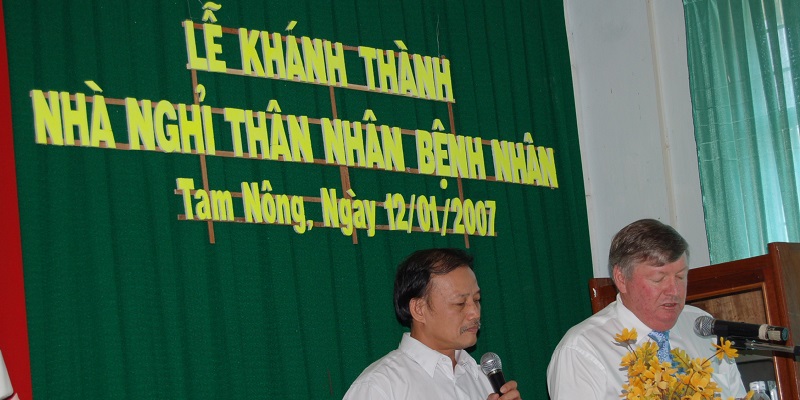 It was named “Aussie House” and officially opened on 12 January 2007 by Mr Mal Skelly, the Australian Consul General in HCMC.

Commemorative Plaque on the wall of the rest house