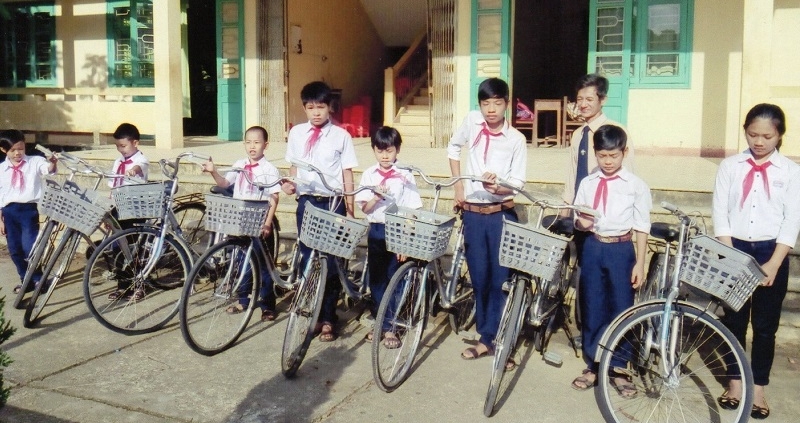 Our email appeal for the Recycled Bicycle project in 2016 received enthusiastic responses from many members and supporters, some of whom took the initiative to organise activities to raise funds for it.

The SA Asian Golf Association (SAAGA) in Adelaide hold dinner at a local restaurant early this year and raised $1,306. The Canberra Gentlemen, friends and associates of our member Mr. Trần Tấn Tài in Canberra, contributed $1,190.  Dr. & Mrs. Trương Hổ Tuấn, in Sydney, through their sales the Entertainment Book, raised $238.

On top of these amounts were the repeat donations from many donors of previous years. Thanks to these efforts, and the generosities of many silent frequent benefactors, a total of $10,696 was raised. 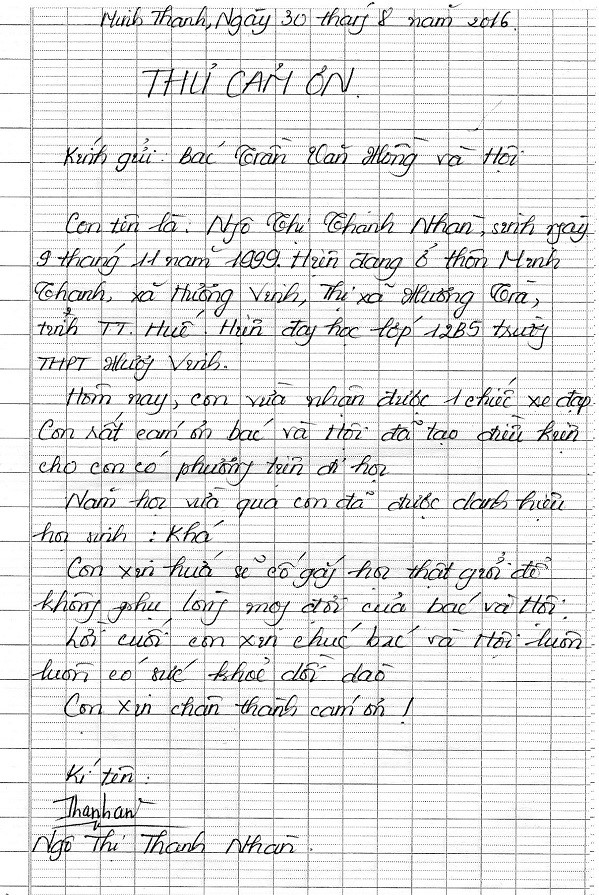 Letter from one of the students

With some additional fund from our general pool, the amount raised enabled the recondition of 300 bicycles for distribution. In addition to distributing 200 recycled bicycles in Central Vietnam (Thừa Thiên, Quảng Trị and Quảng Ngãi provinces with the help of former scout leader Mr Trần Văn Hồng), this year Vietnam Foundation also worked with a volunteering group in Saigon named Hành Trình Yêu Thương (Journey of Love, or HTYT for short). HTYT reconditioned and distributed 100 bicycles to poor students in the delta region of southern Vietnam (Tiền Giang, An Giang, Đồng Tháp and Trà Vinh provinces). HTYT also contributed to the transport cost of shipping these bicycles to local schools for distribution. 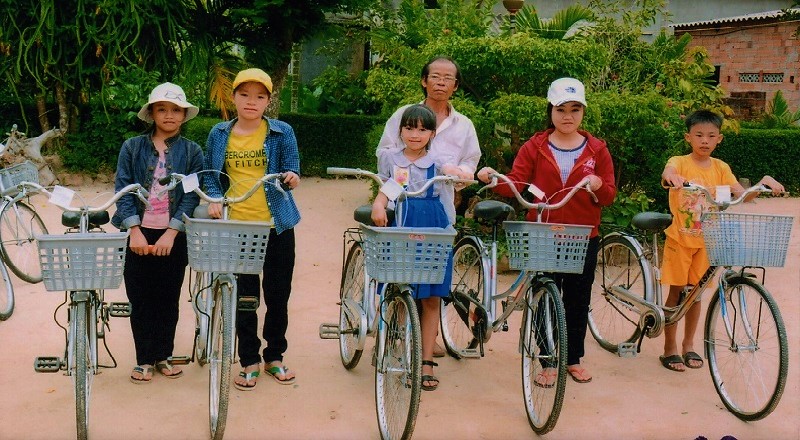 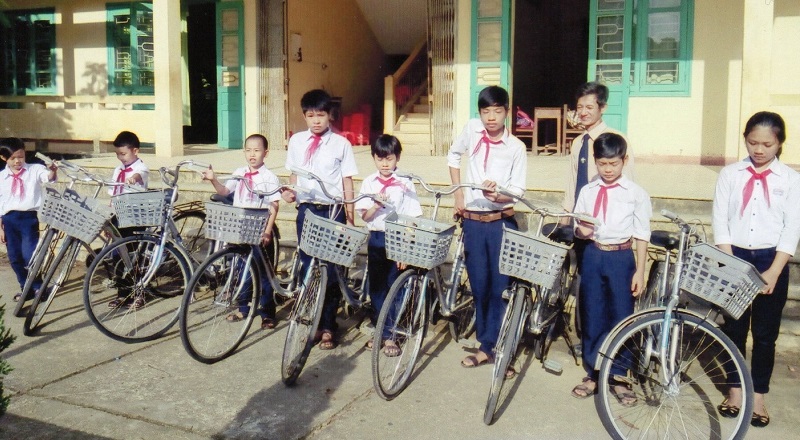 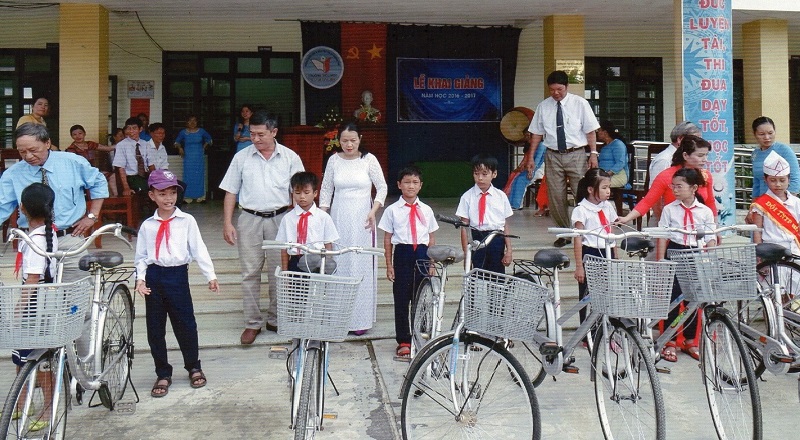 The happy faces of school children who received these bicycles and their sincere thank you notes are our rewards. We would like to thank all donors who have brought smiles to many unfortunate children in rural Vietnam, at the same time giving them the opportunity to attend school from remote villages. 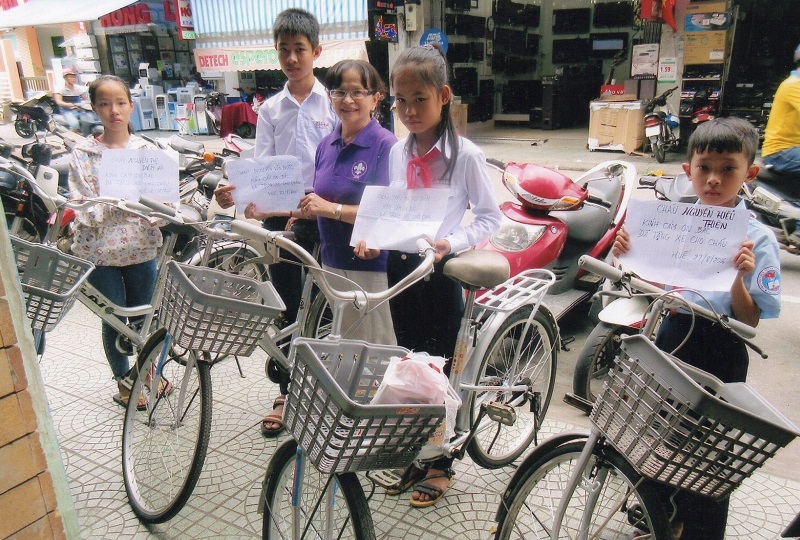 To encourage writing skill of local students and with the financial support of Professor Trần Nam Bình, Vietnam Foundation set up awards for best essays from recipients of these recycled bicycles. The rewards were announced in early February 2017. Please see our article on Essay Competition 2016.