In 2016-2017, Vietnam Foundation funded and supervised the construction of Hương Sen Kindergarten in Hòa An village, Phụng Hiệp District of Hậu Giang Province. The new kindergarten is a three-classroom building with modern toilet facilities. It was built on the site of an old two-classroom disused school. The site area was enlarged with additional lands donated and acquired by the local people. Construction was started in 2016 and the kindergarten was in full operation in January 2017, providing education facilities to 60 infant children from poor local families. 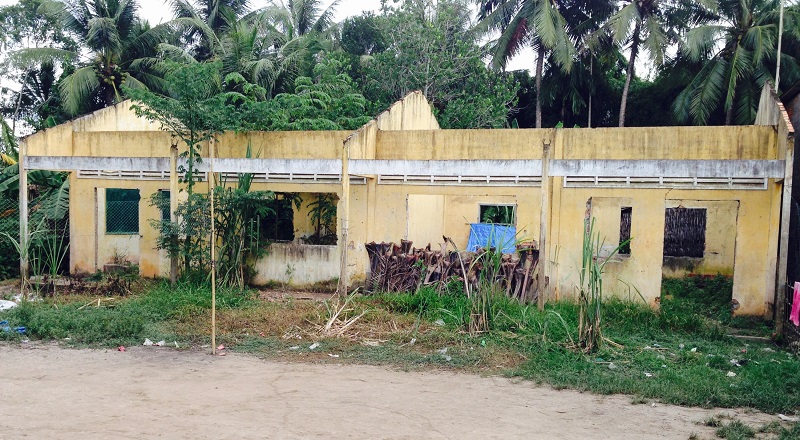 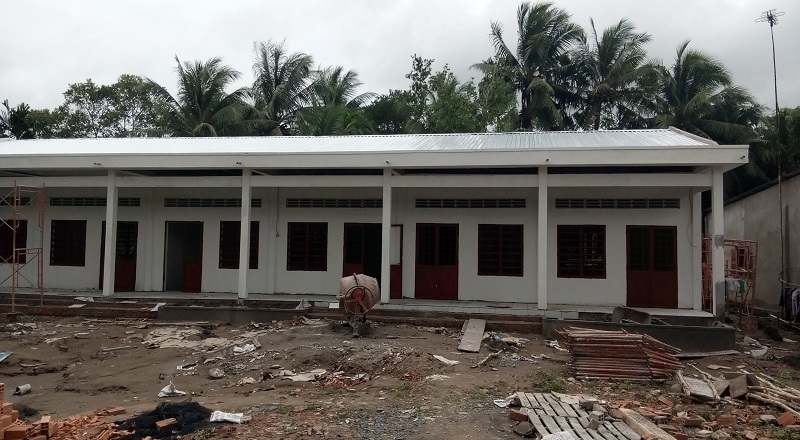 Hòa An village is in a remote part of Hậu Giang, poor and riddled with problems such as effects of Orange Agent, lack of basic infrastructures etc. Most of the villagers derive income from agriculture: rice cultivation, sugarcane growing and fire-based farming.

The total number of 3 to 5 years old children is currently about 715. Due to lack of classrooms 33% of them do not attend kindergarten. As a result, some parents have to give up employment to look after young children at home, leading to losses of family income. 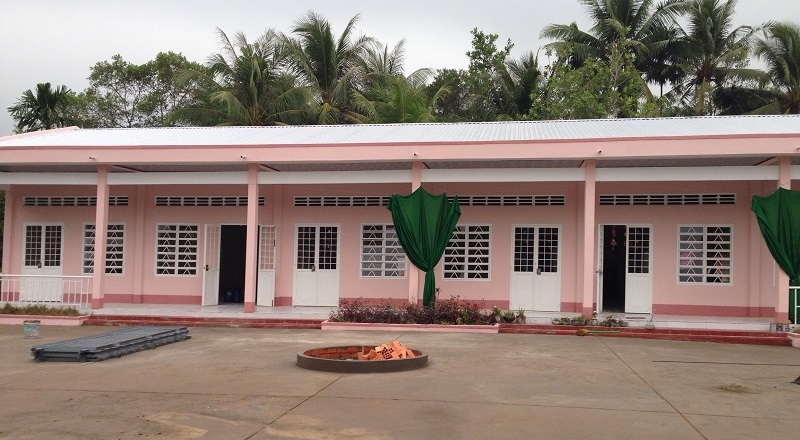 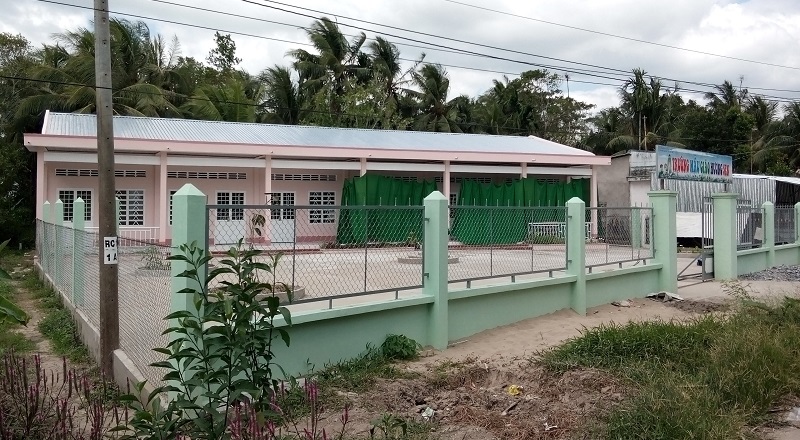 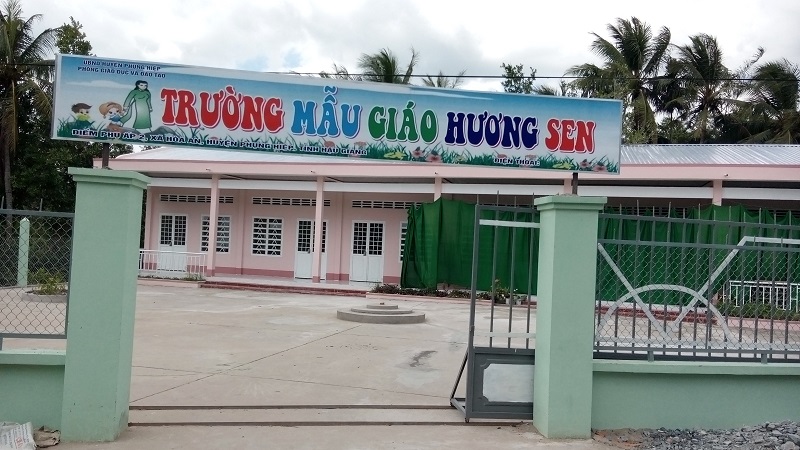 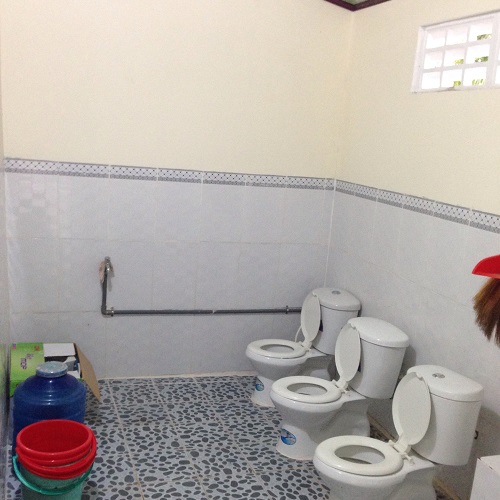 The kindergarten is to be managed by Vietnam Foundation’s local partner, Vietnam Red Cross – Phụng Hiệp branch. Its funding application was introduced to the Foundation by a Vietnamese Charity Group, Hành Trình Yêu Thương (HTYT).  Vietnam Foundation’s funding to the project amounted to AUD 40,000, which was possible thanks to the generous bequeath of our late Judith Iltis. The local Red Cross contributed approximately AUD 20,000 for the purchase of additional land and site preparation work. The construction was supervised by Red Cross Phụng Hiệp and the Foundation’s local representative, Dr Lưu Thái Danh. 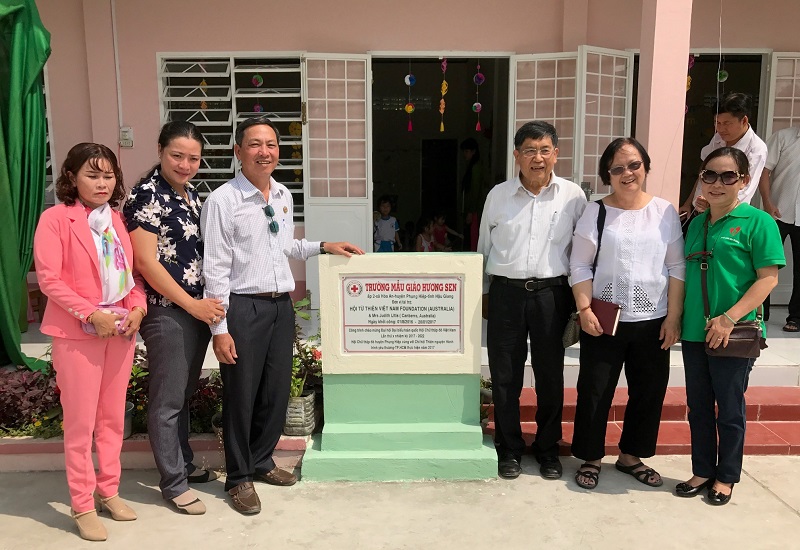 Unveiling the commemorative plaque during the opening ceremony in March 2017