An Mỹ village in Kế Sách district Sóc Trăng province has a high percentage of Khmer and Chinese ethnic minorities. Most of the villagers engage in agriculture and aquaculture. More than 20% live under property line.

In co-operation with Heifer Vietnam, a branch of the US NGO Heifer International, the Foundation supported a project which aimed to improve the livelihood of 44 families in this area.

In addition, the participant families also received micro-credits to start cash crop production or small-scale business to supplement their incomes. 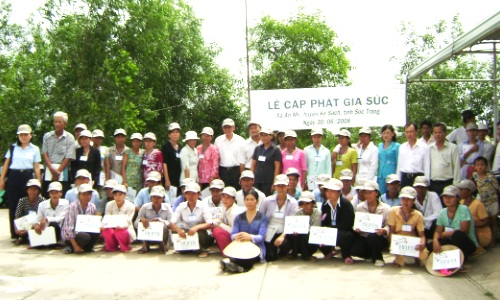 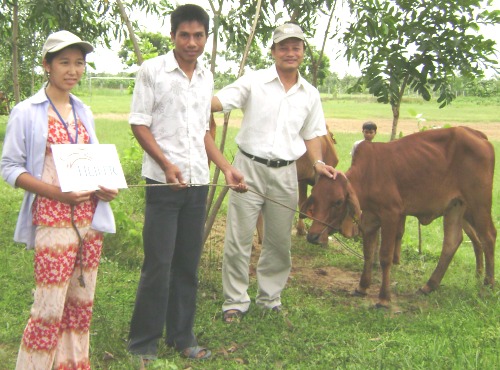 Dr Nguyễn Thiện Tống, our representative in Vietnam, with one project participating family at the heifer handover ceremony

The families were organised into self-help groups which have regular meetings to support one another and to be taught on topics such as livestock management, animal health care, agro-ecology, integrated farming, enterprise development, human nutrition, HIV, etc.

The participant families were to be trained and helped for 3 years. 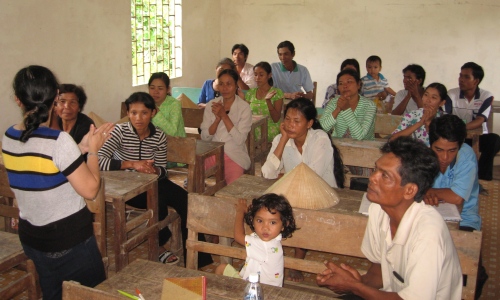 When the original heifers produce offspring, the offspring were then passed on to new families.

Similarly, micro-credits were provided as a form of revolving fund. When the original loans are paid off, the proceeds are used to on-lend to new families.

With this process, the original outlays can be used to help at least 44 more families. 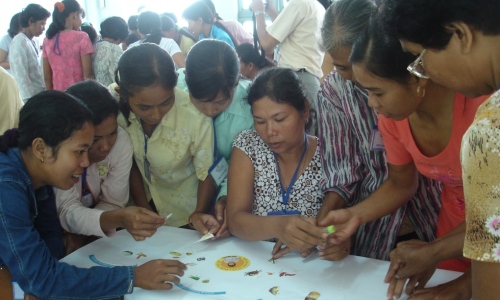 Project members are participating in group activities and competitions

Apart from tending their cattle, with the micro-credits many families have set up worm farms, raised pigs, ducks or started small-scale businesses such as incense making, mobile floating coffee shop, etc.

Not only having their living conditions improved thanks to the cattle and the small-scale business, by participating in group activities, trainings and discussions, these farmers are more aware of other issues such as gender equity, health, environment and community co-operation. 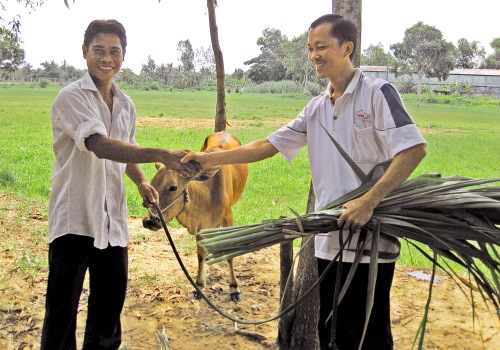 The Foundation contributed AUD 18,000 to the project.

Many of the original heifers which were gifted to the participating peasants in June 2008 had produced offspring which were then passed on (i.e gifted) to new families.