Cà Lúi village is a poor, isolated, mountainous area in Sơn Hòa District, of Phú Yên Province. It is about 100 km west of Tuy Hòa province town. The area is formerly a “new economic area”. It was severely damaged by typhoon in October-November 2001. The current population is about 2500. No school is currently available for the about 550 children. 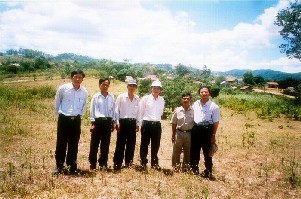 Our representative, Dr Nguyễn Thiện Tống (first on right) and local people at the site of the new school

The project consisted of the construction of a 4-classroom primary school. Construction started in April 2002 and was completed at end of August 2002. And the school was ready for the 2002-03 school year. 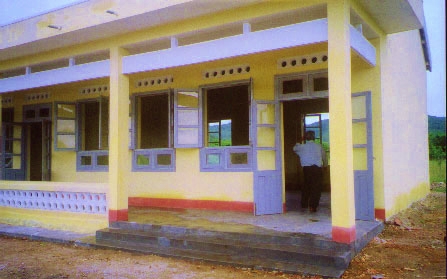 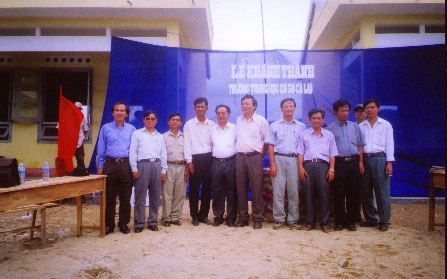 Dr Nguyễn Thiện Tống (fifth from right), and the school staff at the opening day. 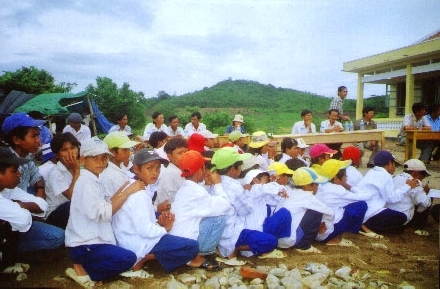 Students waiting to go to the new classrooms