We have helped build another new bridge in Xà Phiên village, Long Mỹ district, Hậu Giang province. It is called ‘Kênh Cùng’ bridge, in hamlet 2, and is approximately 5 km from the ‘Đê Ngăn Mặn’ bridge that we helped rebuild previously.

The original old concrete bridge collapsed many years ago. The locals used bits of timber and bamboo trunks to construct a makeshift monkey bridge so that the children could go to the nearby schools. 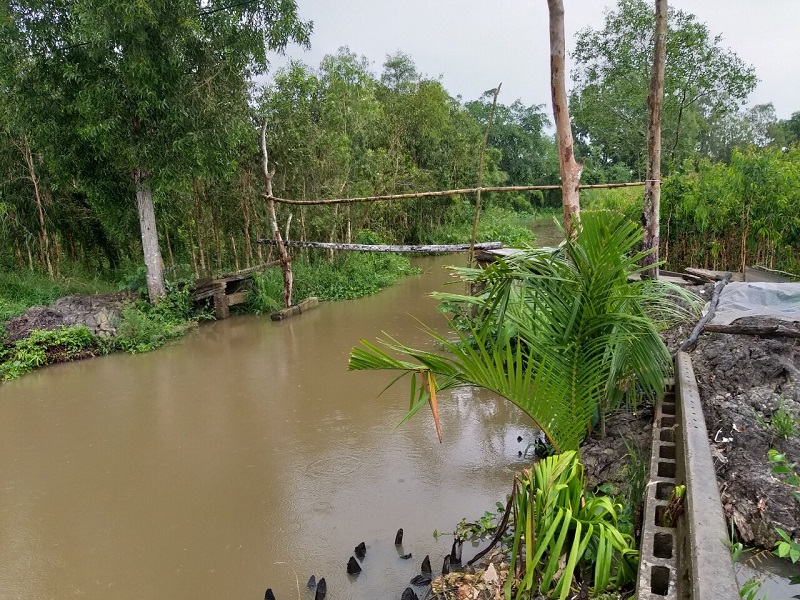 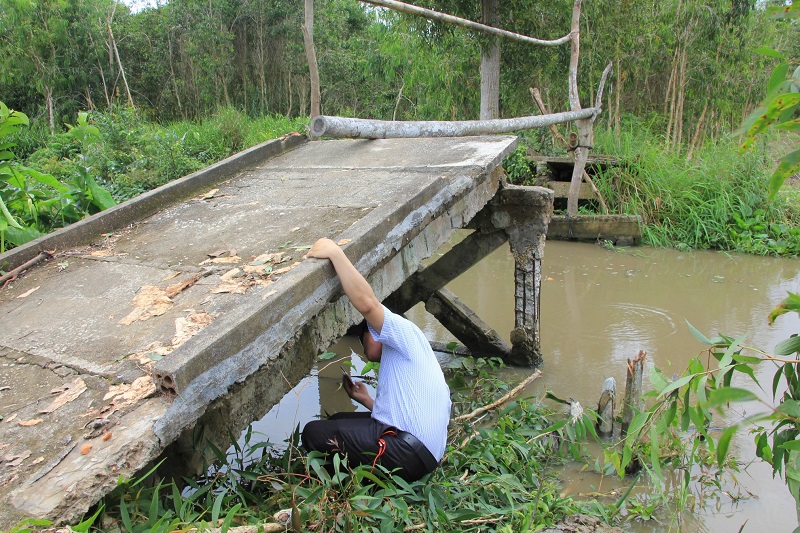 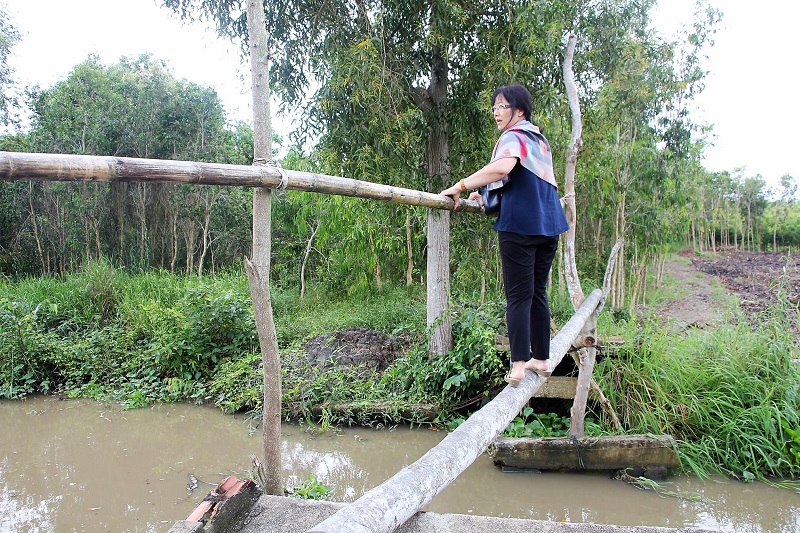 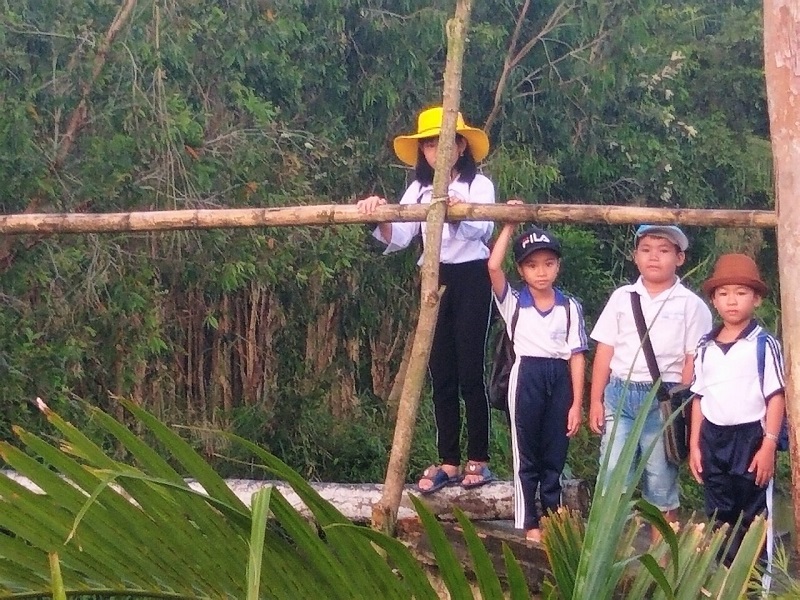 The new bridge, replacing the old bridge, is 30 m long, 3 m wide and with 5 Ton capacity. It was also designed by NEMO Construction Consultant in Vietnam, who has been providing us with pro bono bridge design services. 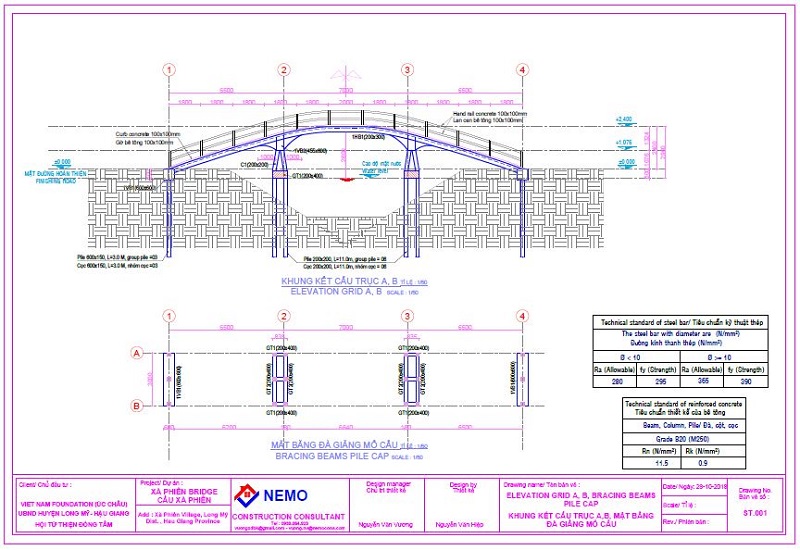 Design drawing for the new bridge

To allow easy passage of rice barges, the new bridge is a bit higher than the old bridge.

The total cost of the bridge was VND 158 million, of which Vietnam Foundation contributed VND 110 million (approximately AUD 6,600), the local authorities and people the remainder.

To allow proper alignment of the new bridge with the existing road, a local peasant donated some land for use in the approach to the bridge.

Construction work started straight after the ground-breaking ceremony on 17 November 2018. 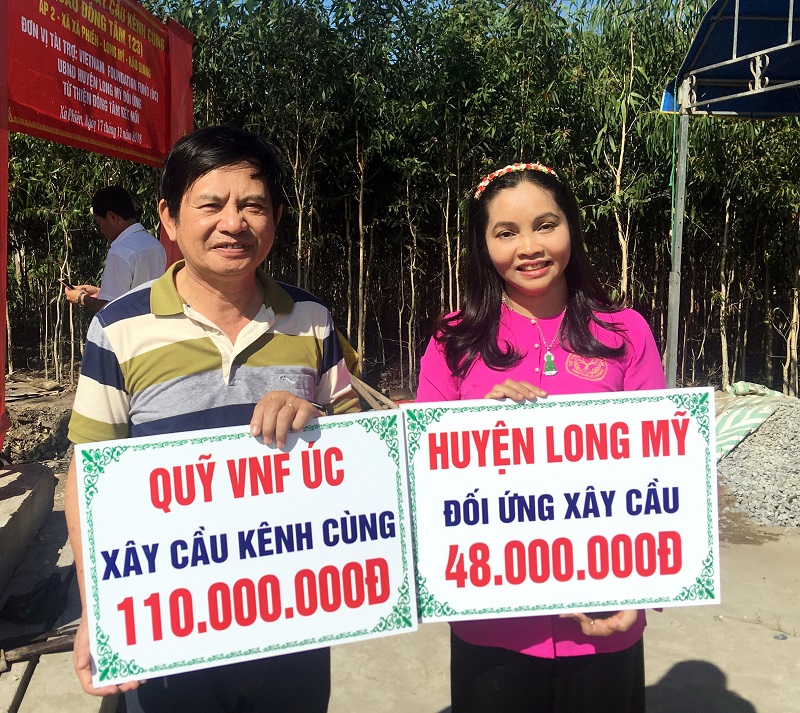 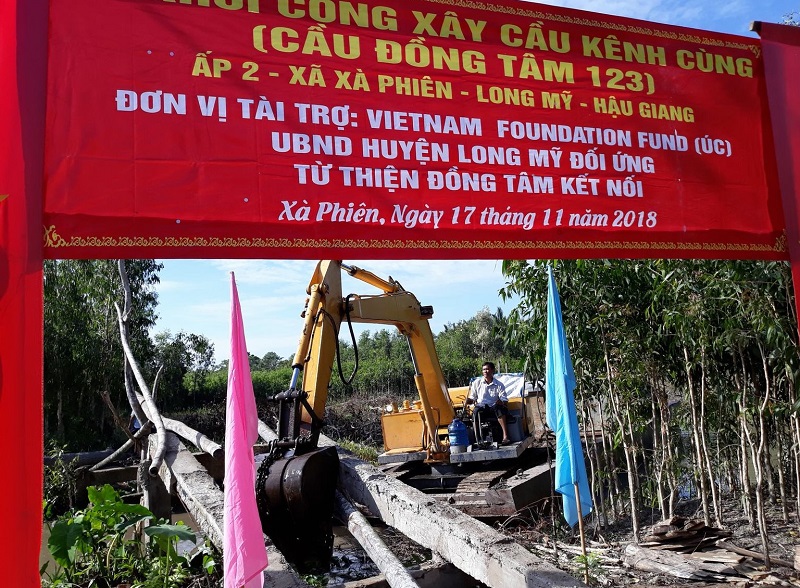 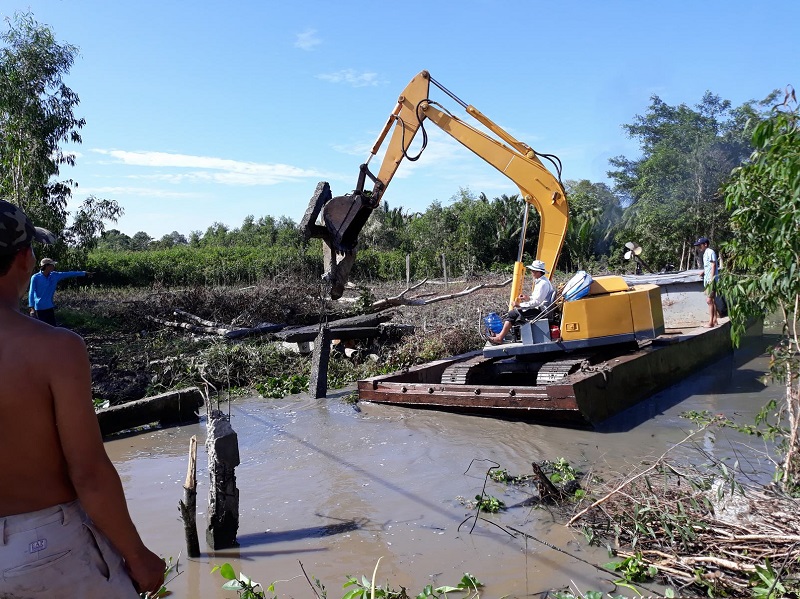 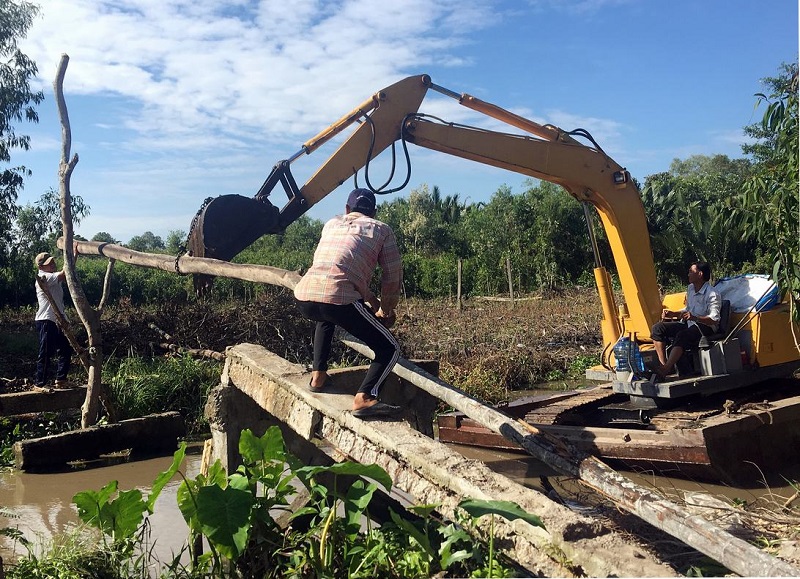 The new bridge under construction

The new bridge was completed and opened for traffic on 6 January 2019.

Many locals were so happy to have a new bridge that they brought along home-made food to celebrate the bridge opening and also approached our representatives to say thank you. 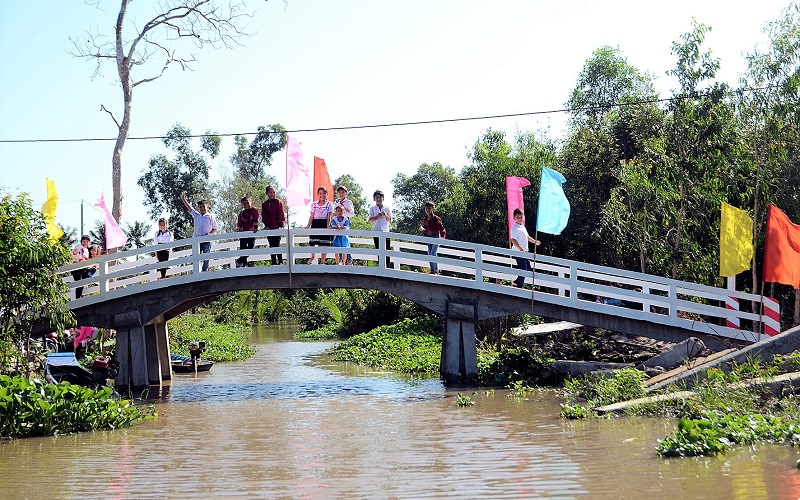 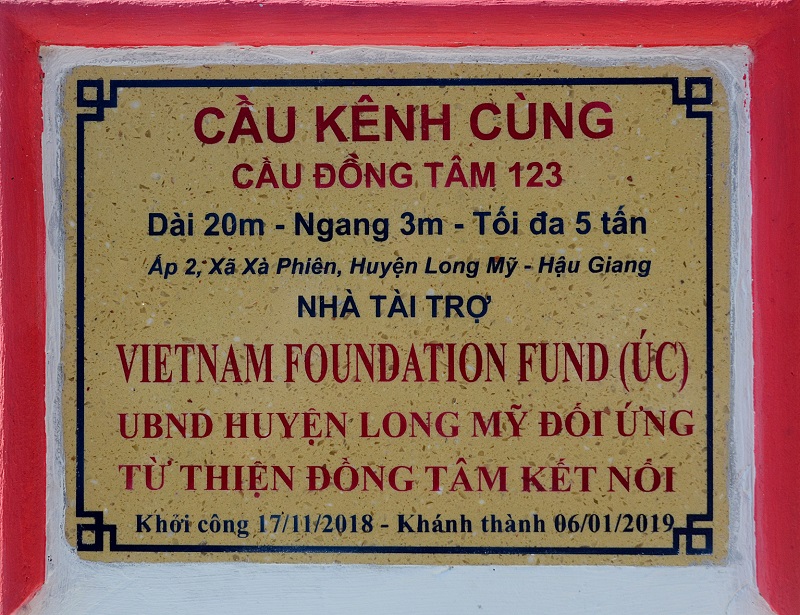