Blue Dragon was founded by Michael Brosowski, an Australian teacher at the time, to help Vietnamese street kids. Michael has spent the last 15 years sending thousands of street kids to school and in the last few years, has saved hundreds of trafficked children and helped to rebuild their lives.

The fund raising dinner attracted about 450 guests from a wide community. As well as hearing from Michael, the patrons enjoyed good food and entertainment from various performers, from traditional dances to ball room dancing.

In total, $32,885 was raised of which $16,926 was allocated to Blue Dragon and $15,959 to VNF. In addition to the financial benefit, this event has been a wonderful vehicle to raise awareness of Blue Dragon and Vietnam Foundation in the community.

All this was made possible by a number of generous donors and many hard working volunteers to whom we are truly grateful.

The money raised for VNF will be used in the next project which is currently being evaluated. Watch this space for our next exciting news.

Followings are some of the photos of the event: 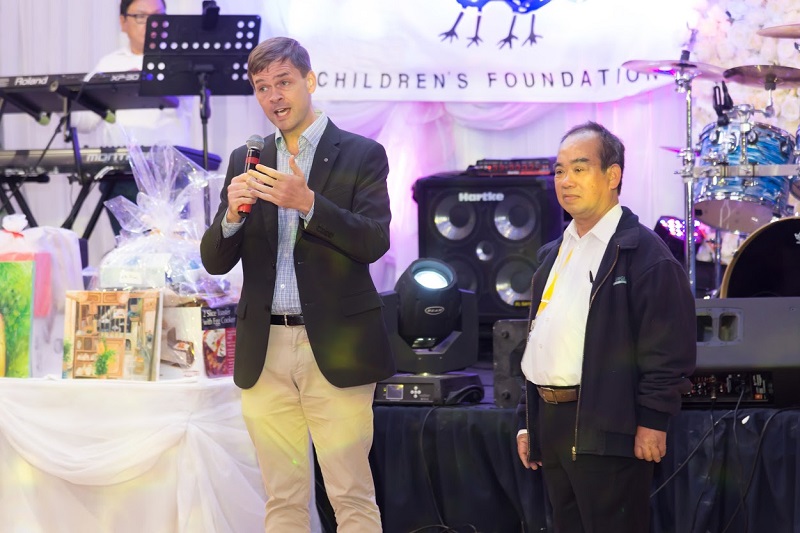 Michael giving his talk at the fund raising dinner 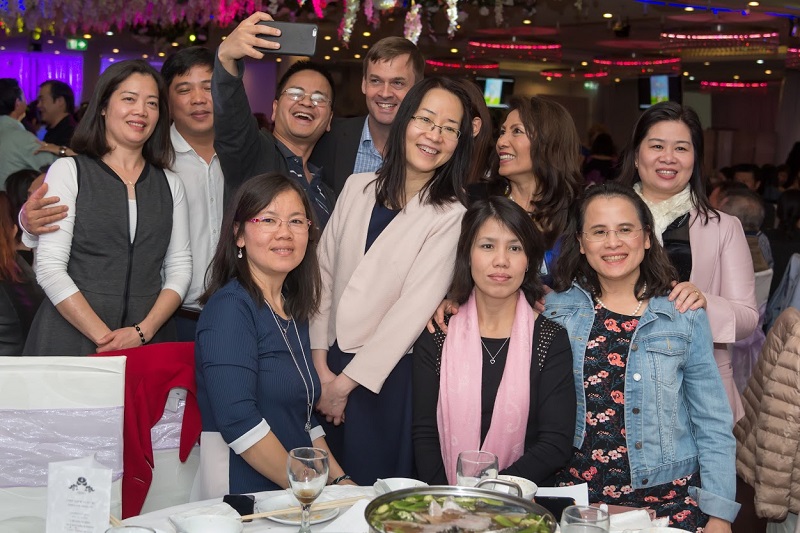 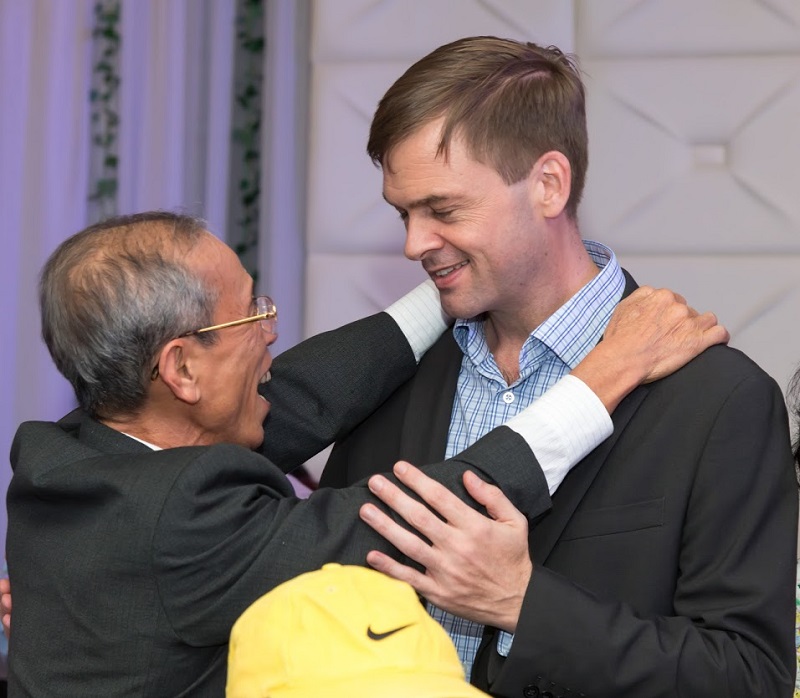 An enthusiastic supporter of Michael Brosowsky