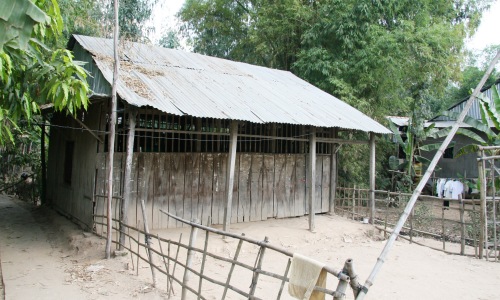 Outside view of the kindergarten 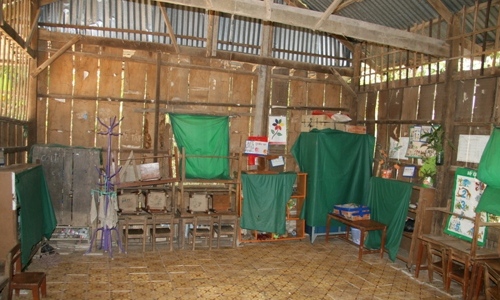 The kindergarten was demolished and rebuilt in bricks.

The new building includes toilet and shower facilities which are supplied with water pumped from a nearby river. 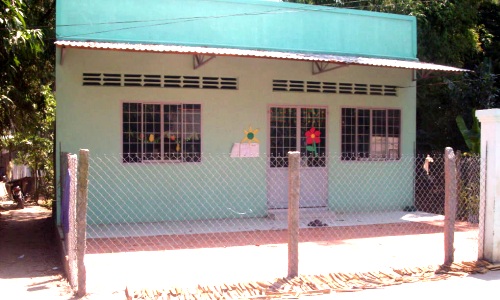 Outside view of the new kindergarten

It was completed in April 2010 and is now catering for the educational needs of 60 young children. 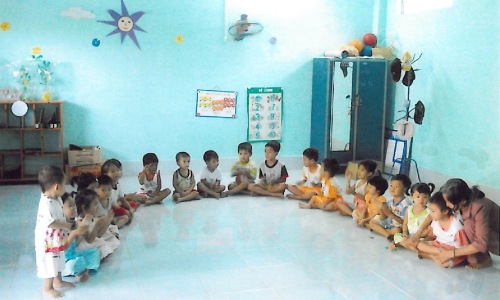 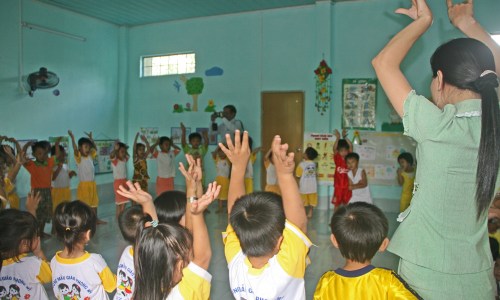 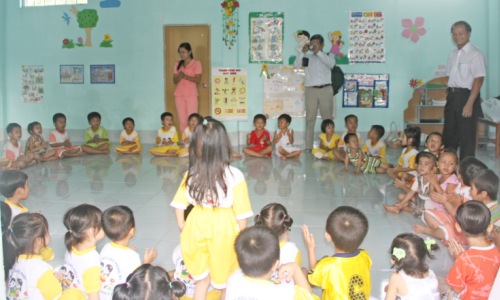 The Vietnam Foundation contributed VND 100 Million toward the construction cost of the new building.

Other friends of the Foundation contributed VND 12 Million and the local population VND 20 Million. 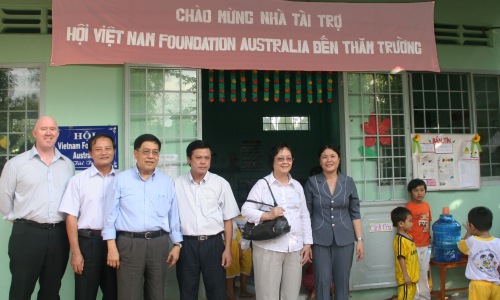 A Vietnam Foundation delegation visited the kindergarten in November 2010